La Jolla Cove is a small, picturesque cove and beach that is surrounded by cliffs in La Jolla, San Diego, California. The Cove is protected as part of a marine reserve; underwater it is very rich in marine life and is popular with snorkelers, swimmers and scuba divers.
The swells that often roll in from the open ocean here can be rather large and strong, and so being in the water at the Cove is not always suitable for people who do not have good water skills. The water temperature is also often a little colder than the average San Diego beach, and the beach has the disadvantage that the dry sand area is very small at high tide. In contrast, during very low tides, a lot of interesting tide pools are revealed at the Cove. 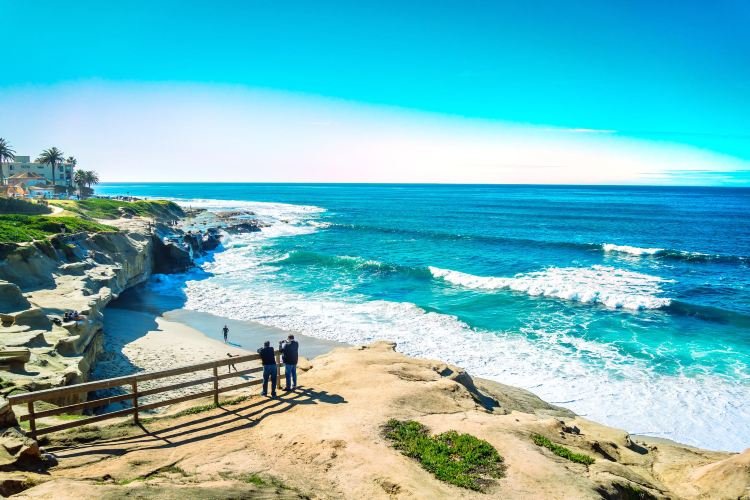